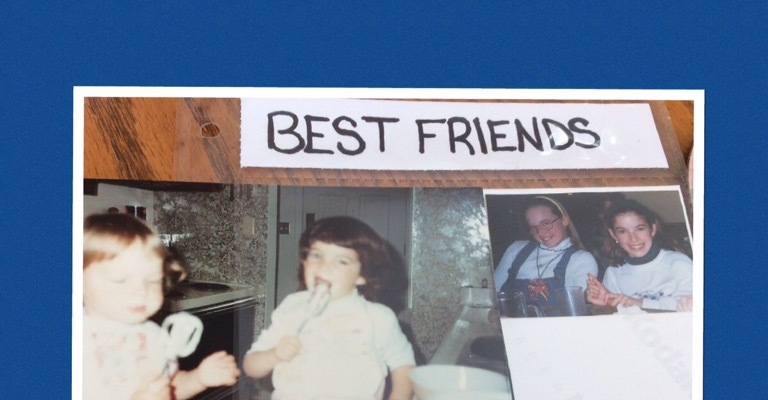 Justine was a likeable and sociable person right from birth. She was an extrovert with a capital E. Friends were plentiful and for life. She managed to make time for each and every one. Her first BFF was Ashley Barron.


Ashley’s mom, Meribeth was a coworker of mine who just happened to become pregnant six weeks before I did. This cemented us as lifelong friends and our daughters (both of them, as our second ones were due on the same day!) as very good friends growing up. Meribeth and I raised our children simultaneously and in tandem. Meribeth even breast fed Justine once. I babysat Ashley and her sister, Jennifer for several months when their mom started back to work. I called them the “Bobbsy Twins” Justine loved Ashley and we made sure the girls spent many happy hours playing together as we (parents) met social obligations. One weekend Ashley and Jennifer would spend with us and another Justine and Candice would spend with Meribeth and her husband, Bob.

Ashley is an artist. She makes illustrations for children’s books. She doesn’t just draw the scenes, she cuts each leaf, twig, body part and blade of grass out of paper and fabric. It’s absolutely amazing! Justine would be so proud of her friend.

﻿Here is her blog site if you’d like to see more of her art.

How to find a

How to apply, How to become, How to clean, How to treat, How to prevent and how to ?

Where Myths Are Maybe Real

My Walk With God

Philosophy is all about being curious, asking basic questions. And it can be fun!